Just added to your cart

The Transcontinental comes with a full solo mode.

The Solo Mode takes about 75-90 minutes to play and uses the standard components required for the multiplayer version, plus the 3 Solo Mode cards. This mode uses an automa system, where you choose your actions on your turn, and then draw cards to determine the automa's turns. This automa uses a deckbuilder mechanic, so in addition, the variability that results from setup, the automa will also play the game differently depending on the cards it drafts through the game. The automa is themed around the Hugh Allan Syndicate, a railway syndicate whose bribery of the government resulted in the Pacific Scandal, which humiliated the government and delayed the construction of the railway for years. They present a formidable challenge, being unscrupulous and powerful, and you'll need superior wits to defeat them. 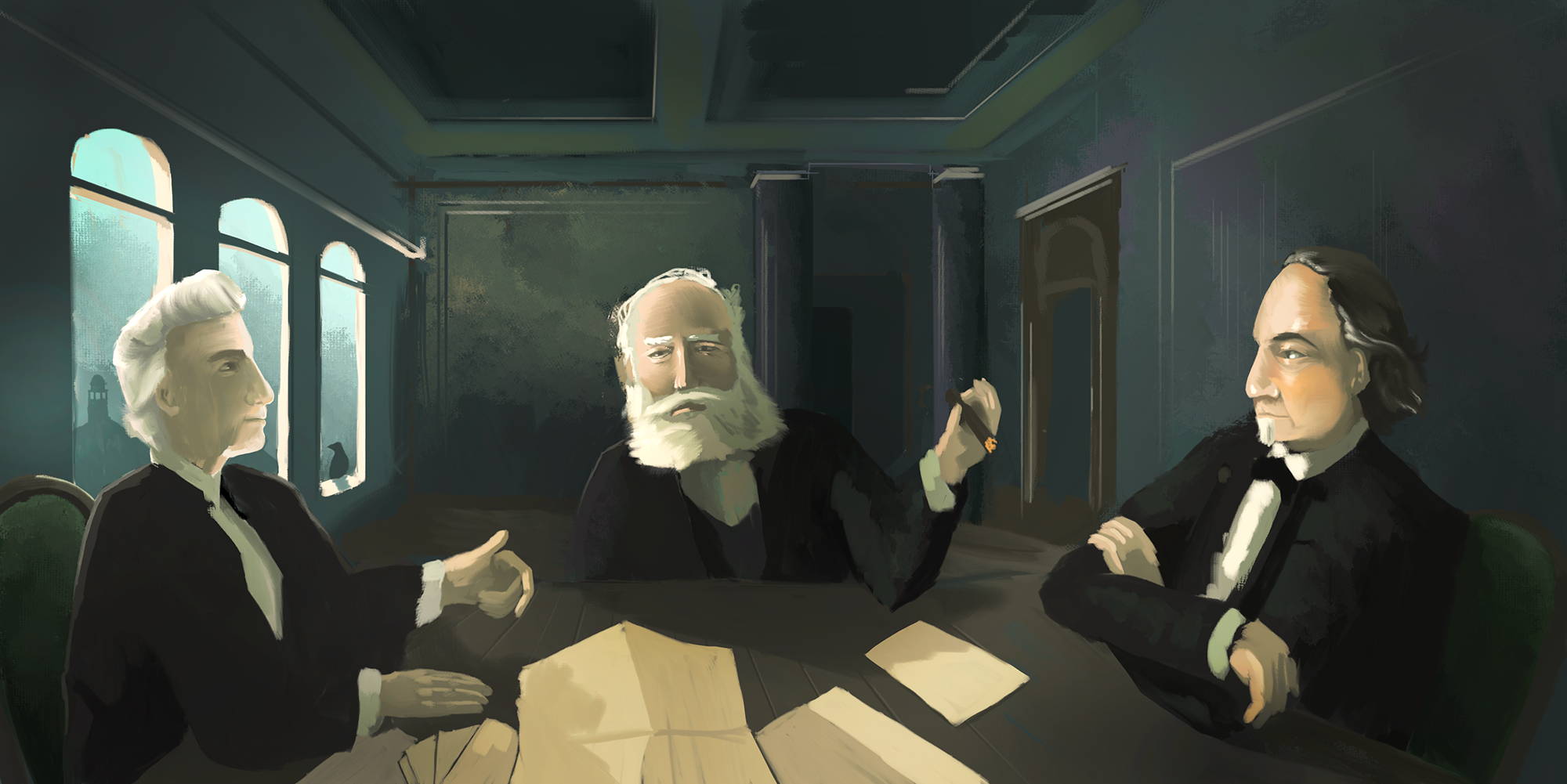 To defeat the Hugh Allan Syndicate, you must complete all three victory conditions:

1. Outscore the Syndicate: In The Transcontinental, you gain points by completing developments along the track, extending the railway at the Railhead each round, and adding new cars to the train. Both you and the Syndicate will use all three of these ways to collect points.

2. Complete your objectives: in the multiplayer game, you begin the game with 1 Investment Card, and acquire a second one midway through the game. Completing these scores you end-game points. In the Solo Mode, start the game with 2 Investment Cards, and acquire a third midway through the game. You must complete all three of these investments to win.

A good solo mode captures most of the key decision-points of a multiplayer game. In a game as interactive as The Transcontinental, this requires an innovative automa. It uses deckbuilder mechanics, and the investment symbols already present on ally cards and development tiles in the game, to create a system that targets different parts of the board. As in the multiplayer game, you'll find your best plans complicated by your opponent's unexpected actions, needing to improvise to recover.

Because of the deck-builder mechanics here, the syndicate both gets more powerful through the game, and is different every time. One game, the cards in the deck might cause it to focus on delivering resources to the Railhead for points; another game, it might focus on delivering tourists to parks, or coal to industrial sites.

Here's an overview of what Solo Mode brings to the Transcontinental. If you're new to The Transcontinental, I recommend familiarizing yourself with the core mechanics of the game (such as in the Rahdo Runthrough) before checking out the solo mode. Rules for the Multiplayer mode and Solo mode are both available on my Rules dropbox here.

While The Transcontinental comes with solo-player mode included, we've got a stretch-goal in the campaign to unlock a player-aid and mat for operating the syndicate deck... all the main rules you need to run the Syndicate Deck at your fingertips. 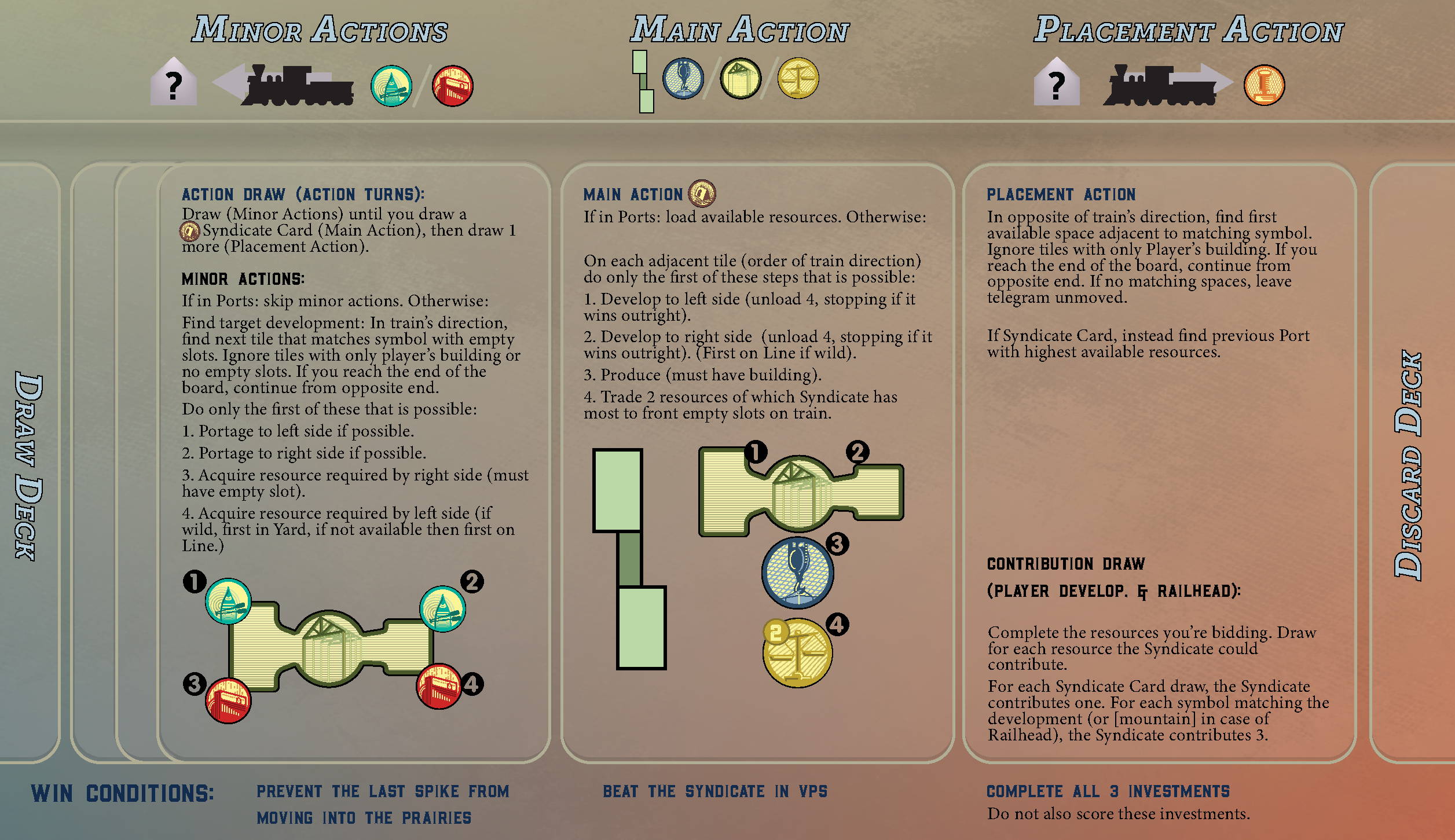